Up to 70% SavingsAll Items Are Scratch & Dent / Open Box

There’s a new hot trend that is taking the world of home cooking by storm! It’s called Air Frying, and it is an included feature on many of the Frigidaire Slide-In Ranges we sell here at Happys Appliances Outlet! Let’s take a closer look at what an Air Fryer does and why this craze is sweeping the nation. 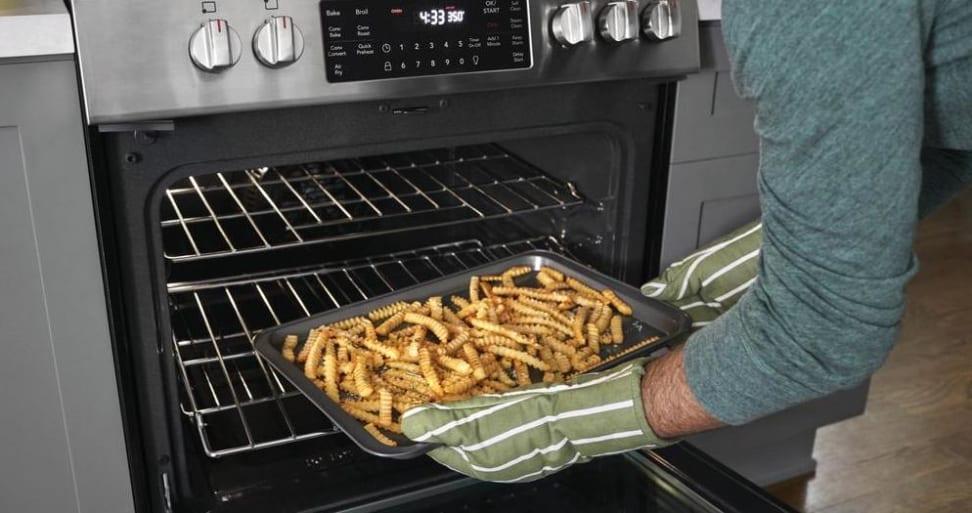 How Do They Work?

The air fry feature essentially operates as an amplified convection oven. It cooks your food in a tight compact space, which means it prepares your food even faster than convection does. Your food is placed in a fryer style basket as hot air rushes down directly on and around it. The close proximity to this hot air being circulated rapidly makes your food nice and crisp, like it would be in a deep fryer. 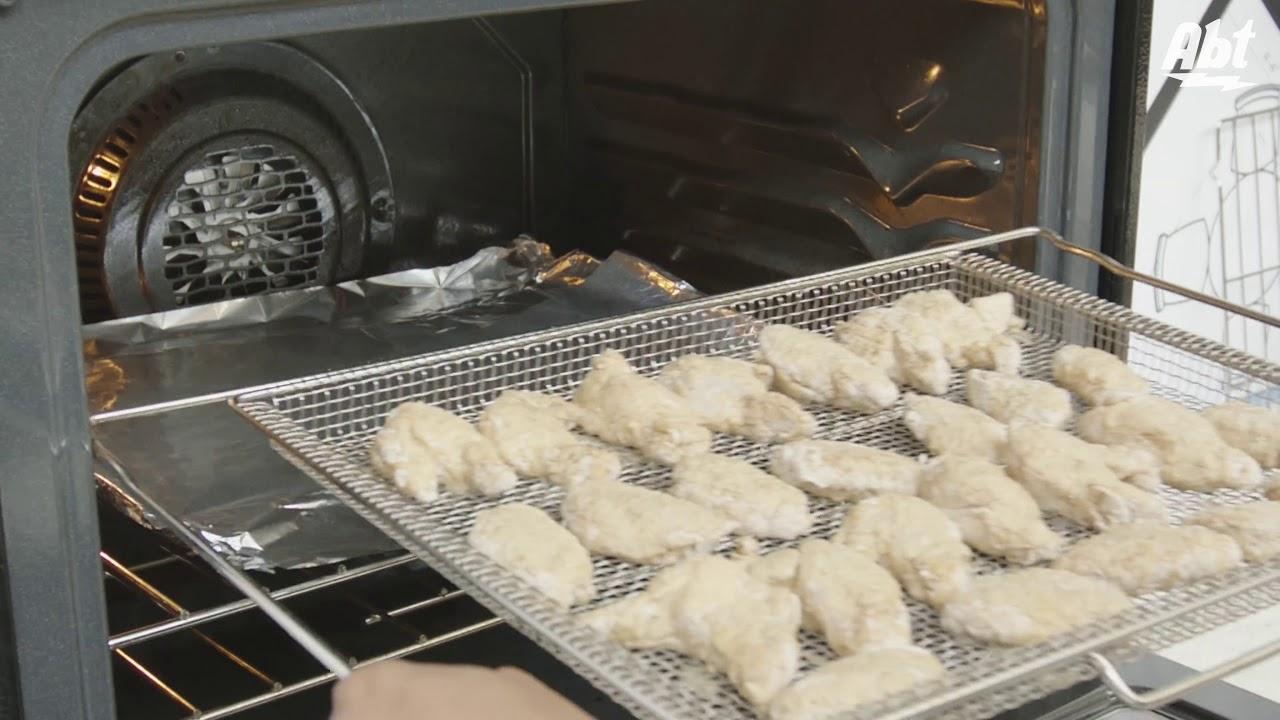 Which Foods Can You Make In It?

Air fryers are great for cooking frozen foods that are meant to taste deep fried, such as french fries, fish sticks, mozzarella sticks and chicken nuggets. They also are excellent for home-made foods of a similar variety. They’re also great for baking desserts, and they do it much faster than a regular oven would! 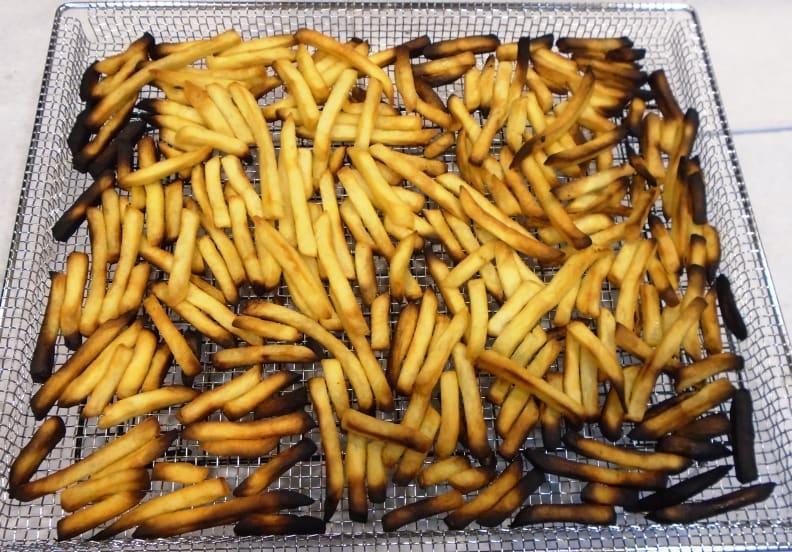 One of the best things about the Air Fry feature on Frigidaire’s slide-in ranges is that they are super easy to use and don’t require any special cooking skills to use. The other major benefit to air frying is that it is a much healthier option than a traditional deep fryer, because they use less oil. For example, air fried french fries possess 4 to 6 grams of fat, while deep-fried french fries contain 17 grams of fat. If you’re looking for a new way to get excited about cooking and eating healthy, consider purchasing a slide-in range with Air Fry Technology! 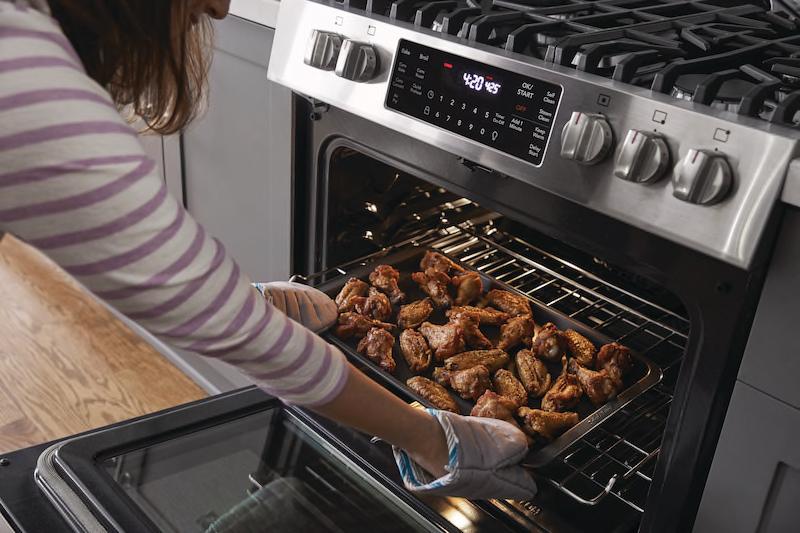 Welcome to our website! As we have the ability to list over one million items on our website (our selection changes all of the time), it is not feasible for a company our size to record and playback the descriptions on every item on our website. However, if you are an American with a disability we are here to help you. Please call our disability services phone line at (636) 724-5558 during regular business hours and one of our kind and friendly personal shoppers will help you navigate through our website, help conduct advanced searches, help you choose the item you are looking for with the specifications you are seeking, read you the specifications of any item and consult with you about the products themselves. There is no charge for the help of this personal shopper for any American with a disability. Finally, your personal shopper will explain our Privacy Policy and Terms of Service, and help you place an order if you so desire.